An Unknown Diwali Story – Ram, Ravana and Everything in Between 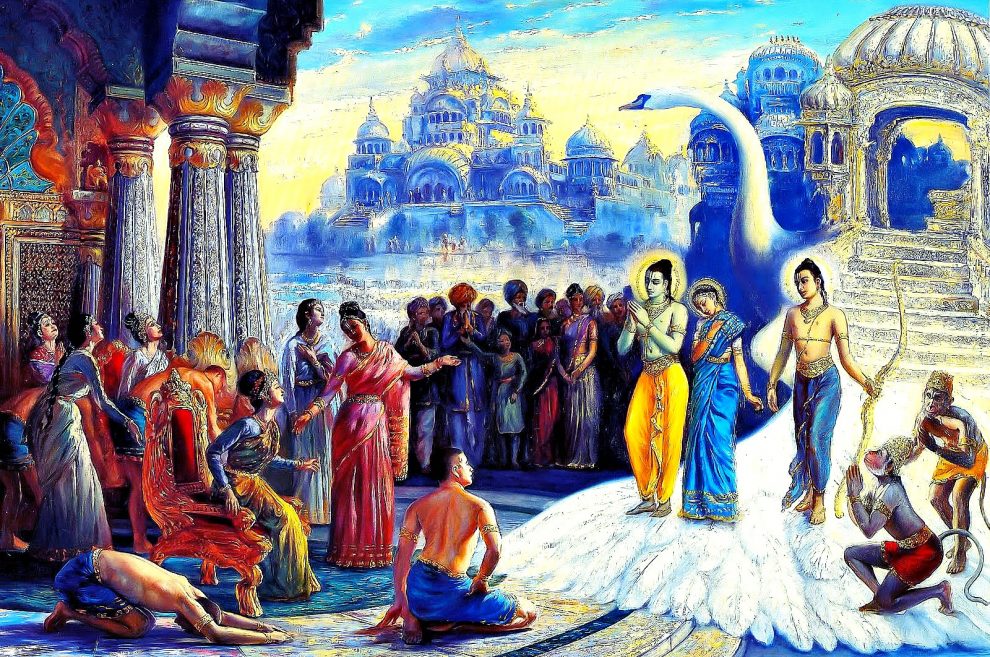 Folklore and stories are one of the hallmarks of India and the Diwali Story in particular. Every festival especially Diwali, has its fair share of stories that can be told and retold again and again to a rapt audience of upcoming generations. Laying my head in my grandmother’s lap always meant a new story filled with mythology and magical happenings that more often than not, culminated into a lesson learnt, a value shared. This story is a relatively unknown one that examines a whole new aspect of the Diwali narrative and the Ramayana itself.

In the hour of Karma, the earthly duties were being distributed. In keeping with the rules of spiritual evolution, one was being given specific challenges that would help in attaining a higher version of oneself. This was to be one of the new avatars of Lord Vishnu – the very creator. He was to find himself as Lord Rama, the prince born to a king who had yearned for a child, for many decades. But, his life would be cursed and he would roam the jungles in exile, letting go of his kingdom for his younger brother and even coming pretty close to losing his soulmate – Sita. The Diwali story is one that tells us about how Lord Rama won back Sita from the clutches of the epitome of all things evil – Ravana. The trio – Lord Rama, Sita and brother Laxman – would then return to their Kingdom where Lord Rama would take his rightful place.

This is the usual Diwali story where a tangible evil is conquered and put to rest by the all encompassing and overpowering goodness of the virtuous Lord Rama. But how many of us know about this Diwali story? When the Karmic duties and challenges were being doled out, three Rakshas – Earth walking demons – were asked whether they wanted to be born as mortals with a normal life, or as demons who would be conquered by Lord Rama. The devotee souls instantly opted for the latter. Ravana was one of the demon kings who came down to establish the Kingdom of Lanka, where he would give a very exciting twist to the Diwali Story.

After having kidnapped Sita, Ravana took her away to his kingdom. There, he placed her in a verdant garden where she could pray for her own speedy rescue. Several female bodyguards were placed in the garden, and she was given every comfort and necessity accorded to a high ranking lady. In the meantime, on the other side of the Diwali Story, Lord Rama and the Vaanar Sena led by Lord Hanuman, were on their way to rescue Sita. With much difficulty and many challenges overcome, they finally reached the shores of Lanka where they would set up camp before attacking the army and palace of Ravana. At this point, Lord Rama decided to hold a Havan to appease the gods so that victory would definitely be his. Yet, where would they find the Pandit to conduct the proceedings in the correct way? They required a high ranking Brahmin with plenty of knowledge regarding this rather complex Havan.

Here, Lord Rama issued a swift instruction to Lord Hanuman – “Go forth and invite Ravana to conduct this Havan.” Shocked but loyal, Hanuman did as he was told. To his even greater shock, Ravana conceded and came to meet Lord Rama where the Havan would happen. After discussing all the arrangements and the way in which the Havan would happen, Ravana mentioned, “This Havan cannot happen without the wife by one’s side.” At this, the Diwali Story took off into a whole new territory – was this not the main theme of the entire war? Everyone was wondering what should happen next. So, Ravana came up with the solution, “I will bring Sita here for the Havan – but you must promise to return her to the place where I have held her captive, thereafter.” Lord Rama instantly agreed.

The Havan was done with much fanfare and with all the right intonations. Everyone could see that Ravana poured more than just ghee and Samagri into the pious fire – he poured his all into it. And this was knowing that his own defeat was guaranteed. Sita returned to Ashok Vatika. The war happened the next morning. And as we know from the Diwali Story by now, Lord Rama won back Sita and his right to go home after his exile as well. At his death, Ravana got his wish – his head lay in the lap of Lord Rama and he gasped for his last breath, in satisfaction. The good in him had won.

This Diwali Story only goes on to show that you can fight everything around you all you want – but until you declare your inner evil conquered, you can conquer nothing.