Cancer and Karma – The New Diagnosis 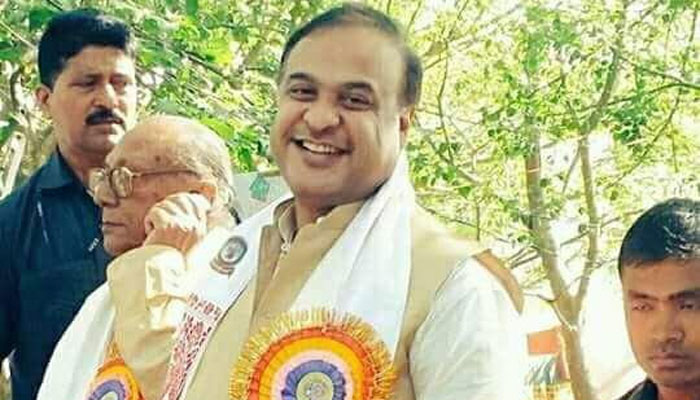 Wow. Like, just wow. Cancer and Karma have emerged as the most unlikely bed fellows in a new burning controversy put into place by none other than a Health Minister of our country. The Assamese Health Minister, Himanta Biswa Sarma, recently made a statement where he proclaimed the following: “If you observe the background, you will come to know that it is divine justice. Nothing else.” So apparently, karma is cancerous, or cancer is caused by Karma. Or whatever. Cancer and karma are definitely linked, though.  It seems when we get cancer, it is not because of cancerous cells multiplying into malignant masses. It is not because of the general state and standard of toxicity around us. It is because of how you have conducted yourself in your previous lifetimes. So basically, your cancer is “divine justice” being served hot in this lifetime, thanks to the new cancer and karma narrative that the entire nation is now balking at, over steaming cups of tea as the evening news beams on our televisions to pierce the collective national sentiment of Cancer and Karma and religion and what not. Apparently, the fault really is in our stars. By the way, I love how the old man is covering his ears in this picture – almost like he cannot bear to hear this drama out.

Of course, outrage has been successfully courted thanks to the cancer and karma theory propagated by the said minister. Apparently cancer is being served to us by our karma. In his theory about Cancer and Karma, the minister goes on to tell us how God definitely promises to punish us if we sin. First, I need to know which hotline he has to the Almighty. Second, I need to find out what he defines as sins. “Ate one cheese burger too many in my past lifetime” kind of sin, or “did not pay GST. Ever,” kind of sin? Just what is the level of sinning we are talking here? My fellow citizens and I need to know. The nation needs to know. So that we can all avoid the Cancer and Karma trap in our future lifetimes. Just saying. And as a nation, we should be concerned with two things – first, reincarnation and second, karma. I mean, it is our collective duty to make our nation cancer free. And apparently, we need to start in this lifetime. Brilliant. Just brilliant.

So the news is now awash with the theory that Cancer and Karma are closer relatives than we had realised. And already, apologies have been issued, being misquoted has been cited as the wrong diagnosis and what not. But more than the cancer and karma connection, I – like many others – am aghast at the fact that a health minister has made such a diagnosis. Cancer and karma is now edging towards pop culture status, with memes threatening to jam the servers of WhatsApp and Facebook with the sheer frequency of social sharing. What else can we expect in a country with a population like ours? What else can we expect from a country where God fearing is the main religion and national pastime? Religion apparently dictates which monument gets featured in a tourism booklet and an actress calls the country regressed because her upcoming movie does not promise those many ticket sales. And if that is not enough, the health minister in question has no stand on the Delhi air pollution situation, but he has a definite diagnosis for cancer and karma! Sweet!

So if you are facing symptoms like bleeding, constant fever, weakness, and general shut down of the system – visit your nearest astrologer. Forget about an oncologist. Your diagnosis will be done on the basis of some past life regression (we are not regressing as a nation, mind you – only in medical science. Or we may be progressing, depending on which side of the cancer and karma theory you are on). Your cancer and karma reading will tell you just how far along you are in the race for treatment. Thereafter, the havan samagri rush will begin with a mad dash to the market, and the amount of money you can lavish as sacrifice will dictate the speed of your recovery. Awesome! That is the cancer and karma story for now. The next time I get a viral fever, I am going to ask the local punditji to tell me just how many past life sins I have to atone for, in keeping with the cancer and karma story.

So here is my diagnosis: I think the power of free speech has been taken a little too seriously by this so called health minister. And actual health related affairs have been taken too lightly.